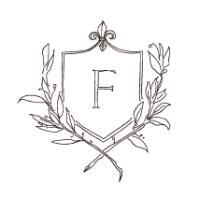 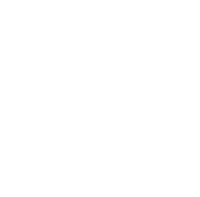 I’m a trend setter, an adventurer, a coffee lover and a photographer! I love experiments and personal projects. Finding new perspectives and breathing in new life into old boring scenes is what inspires and gets me excited! If you call yourself a creative, proudly wear that title, be memorable, inspire others and always be ahead of the crowd! Be Evóra!
FOLLOW ME

Among the most popular Italian places for elopements, Tuscany is definitely the most romantic. Leaving your home country with the love of your life only, to exchange vows and rings abroad between the rounded hills and tidy cypress trees, is an unforgettable adventure. In addition to this, Tuscany provides hundreds of fantastic spots for a touching ceremony, as well as many luxurious venues to spend the very beginning of a super romantic honeymoon. These two lovebirds, who came here to celebrate their lux elopement at San Galgano Abbey, know it well.

The Abbey of San Galgano holds a special place in my heart, as Lara and I got married there in 2013. The abbey is located in Chiusdino, a few kilometres from Siena; it is a former Cistercian abbey, whose roof collapsed in the past centuries. Millions of tourists visit it every year; a few lucky ones decide to get married right here. Having wedding photos taken in such a magical place is priceless! Although the area is almost untouched, San Galgano Abbey is only a five minutes drive from one of the most impressive luxury venues of Tuscany. Borgo Santo Pietro is a tiny old village renovated to its ancient splendour, embellished with excellent services such as Michelin-starred cuisine. An enchanting place to start any honeymoon, pampered by an attentive and kind staff, which has made it an international destination for demanding clientele.

And so, amongst century-old frescoes and lush gardens, the long day of this American couple began. Their first look took place in the garden, among rows of cypress trees, where the groom saw his bride with her fabulous dress on for the very first time. Afterwards, I guided them through the most beautiful spots of Tuscany. The Abbey of San Galgano, which served as a backdrop for the most romantic images, has been our last location before returning to Borgo Santo Pietro for their ceremony. The bride and groom exchanged vows and rings before I took their last few portraits with the most glorious light of the day in the surrounding beauty. I greeted them shortly afterwards, exhausted but happy after a very long day. A lux elopement at the Abbey of San Galgano might be the most tiring thing in the world. But watching photos like the followings in the years to come is priceless.

Check out our Portfolio!